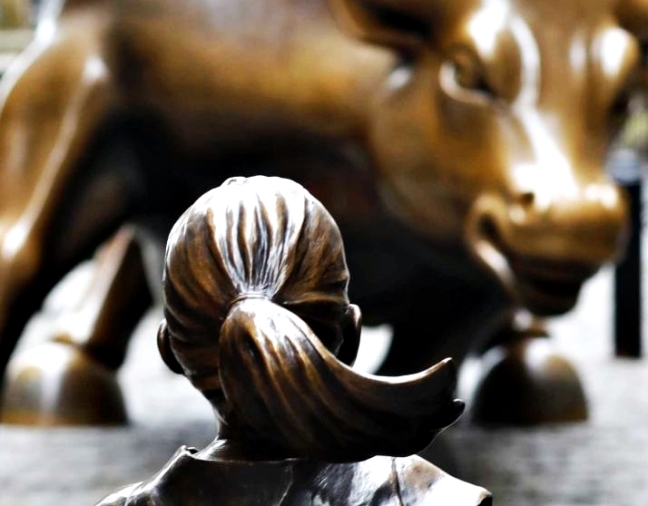 New York City is where every business would like to have its presence, it is where startups prolificate, it is where the international relations find their hometown at 405 East 42nd Street (also called, United Nations Headquarter).

Having said that, what really means to be a woman professional in New York City? Let me tell you something: for each one us – it means something different. Therefore, I will tell you my experience. The main reason why the meaning is different, comes from the job you are doing, the nationality you have, the area in which you live, and mostly, the attitude you own. In my case, an ambitious attitude is making the difference – because New York is a place for ambitious (women) professionals.

Something I should tell you before everything (but you wouldn’t catch it because a preamble that was needed) is that in my opinion, the main difference is not about being a woman or a man, it is everything about YOURSELF, the person YOU ARE, and the way you approach YOUR LIFE. Eventually, being a woman or a man means to be part of something that empowers your figure – here, being part of a women network represents an added value for you and your career – it is a way to enhance your visibility and to empower yourself, it is not addressed to protect you from the society and the weakness it wants you to feel because you are a woman…if you feel weak because you are a woman, it is up to you.

As I previously mentioned, there are several things that change the perception of being a (woman) professional in New York City. Speaking for myself, let me tell you that I am strongly passionate about life, about people, about challenges, about my career, and about the happiness I feel since I moved here. New York City is vibrant, dynamic, sometimes gets you tired and overwhelmed, but the way in which it treats you well, lets you forget the rest. Moreover, even if I work in a men-driven field, I am part of a women-driven company, even if international relations are still guided by men (mostly for what concerns security issues) I have a specialization in Peace, War, and Security Studies and I am part of a big family of young professionals coming from all over the world that look at people without taking into account their skin color, religion, sexual orientation, or nationality. In some way, I went against what society wants you to have in mind about me as a woman. You can ask me about the perfect tie for your suit and I can give you an advice in a couple of seconds, as well as provide you with the name of the military operations undertaken during the Iraqi war in early 90’s. How is it possible? Let’s say that I tip the odds in my favor and I have never stopped to believe that in New York City everything is possible – and if it is possible here, it is possible everywhere.

So, if you are moving to New York City from anywhere else in the United States or in the world, be prepared: this is a concrete jungle where dreams are made of and you should measure up to them every day. If you are a mid-twenties woman, be prepared: someone will ask you if you are married or at least engaged – don’t lie, and explain to them that for some of us, mostly who are coming from foreign countries, career comes first. If you are a woman doesn’t allow anybody or anything to stop you: it will be hard sometimes to come back home alone at night, it will be hard sometimes to stay home without having someone to talk with – it is true, as women we are sensitive…therefore, we will experience loneliness more than men. But it is our strength, it makes us even better professionals – able to guide companies and own businesses. Our strength is also to consider ourselves as HUMAN BEINGS – and New York City will teach you that you are, no matters what.

Feel free to be yourself girl, wherever you are, whatever you do, whenever you feel. (S.B.)